Skip to content
FOR MORE INFORMATION ON COVID-19 AND THE NATIONAL LOCKDOWN PLEASE VISIT SACORONAVIRUS.CO.ZA 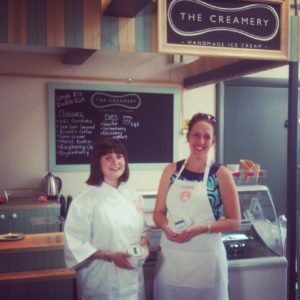 We got a call the week after New Year’s, from Masterchef SA’s culinary producer. He explained that they were looking for the nation’s best artisanal ice cream producer to lead a masterclass for a contestant in season two.

My first thought: Haha, how funny. Who is this really??

My second thought: Erm, nation’s best ice cream producer… you know we’ve been doing this for only a year, right?

Thankfully I masterfully suppressed both thoughts and mumbled something along the line of yes, we would be delighted.

Which is how, one quiet day in Mid-January, my kitchen turned into this: 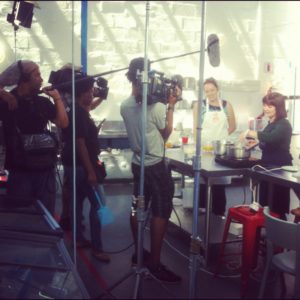 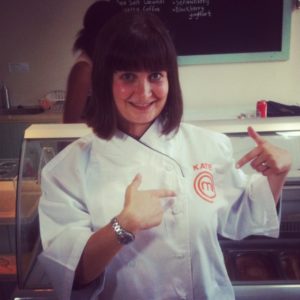 Like most people, I dislike being filmed or recorded, but the Masterchef film crew were just so friendly and on the ball that I ended up having a lot of fun (and I mean clean fun. I am not being felt up by a total stranger on camera in the photo below; the sound guy was helping me string a microphone through my blouse). 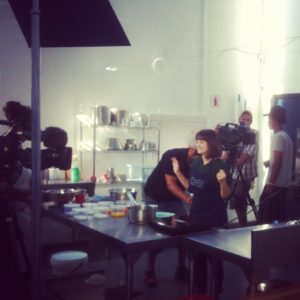 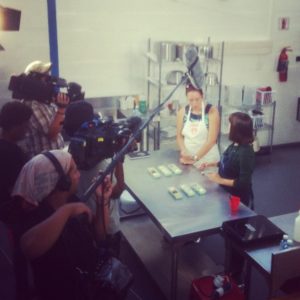 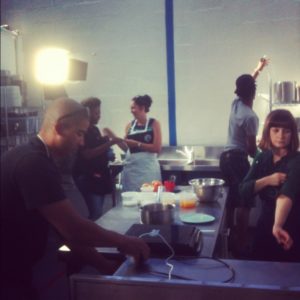 We showed contestant Karen how to make ice cream, and tried to cram her head full of useful ice cream making tips for the upcoming ice cream challenge she would face. She took to it with enthusiasm, grace, and a wonderful sense of humour. And it turns out, she also waggles her hands around while talking, like I do. 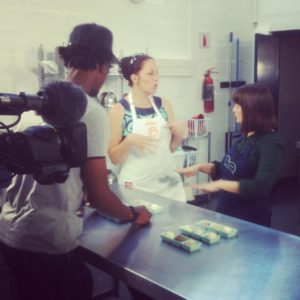 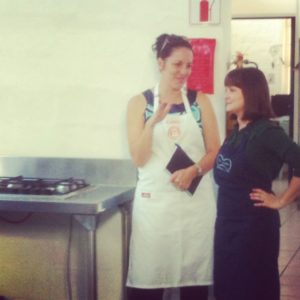 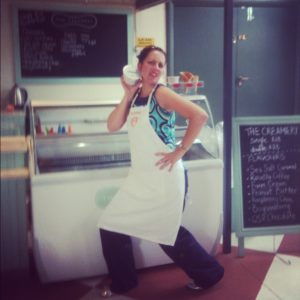 I’m not sure how much this exposure will connect us to new customers, although the buzz on social media and our email after last night’s preview clip is promising. For now, we’re just proud we managed to keep our involvement secret for six months, and that we were given such an opportunity to tell South Africa about our company and product on TV, only 18 months after launching our brand. Thank you, Masterchef SA! 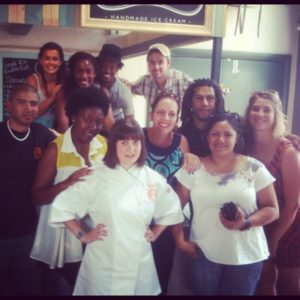 If you are looking for a specific flavour, please call your closest Creamery Café to enquire about availability

Get in touch with us